Balfour Beatty was commended at the Scottish Union of Supported Employment (SUSE) awards ceremony this week, as it secured the 2019 ‘Inclusive Workplace’ employer award.

The award, presented by Scottish Minister for Business, Fair Work and Skills, Jamie Hepburn, recognises Balfour Beatty’s proactive and positive approach to supporting employees with disabilities, as well as retaining and assisting those with poor mental health.

The SUSE awards is an annual celebration of businesses in Scotland recognising those which help people with disabilities succeed and progress in the workplace.

Balfour Beatty was acknowledged for its flexible recruitment practices and its inclusive policies and procedures that promote equality and fight discrimination.

Hector MacAulay, Balfour Beatty’s Regional Managing Director of Scotland and Ireland, said: “We are delighted to have won the ‘Inclusive Workplace’ employer award.

“As a major employer and contributor to the Scottish economy, we have a responsibility to promote social inclusion; breaking down the barriers in recruitment and the providing support through employment. We are proud to be recognised for the work we are doing at Balfour Beatty to create a truly inclusive workplace.”

Balfour Beatty has a long standing commitment to equal opportunity having launched its Diversity and Inclusion Affinity Networks in 2016. The company is a founding member of Mates in Mind, a programme delivered to the UK construction industry with the support of the Health in Construction Leadership Group, which aims to create a flexible and joined-up approach to break the silence and stigma surrounding mental health in society in general and construction in particular. 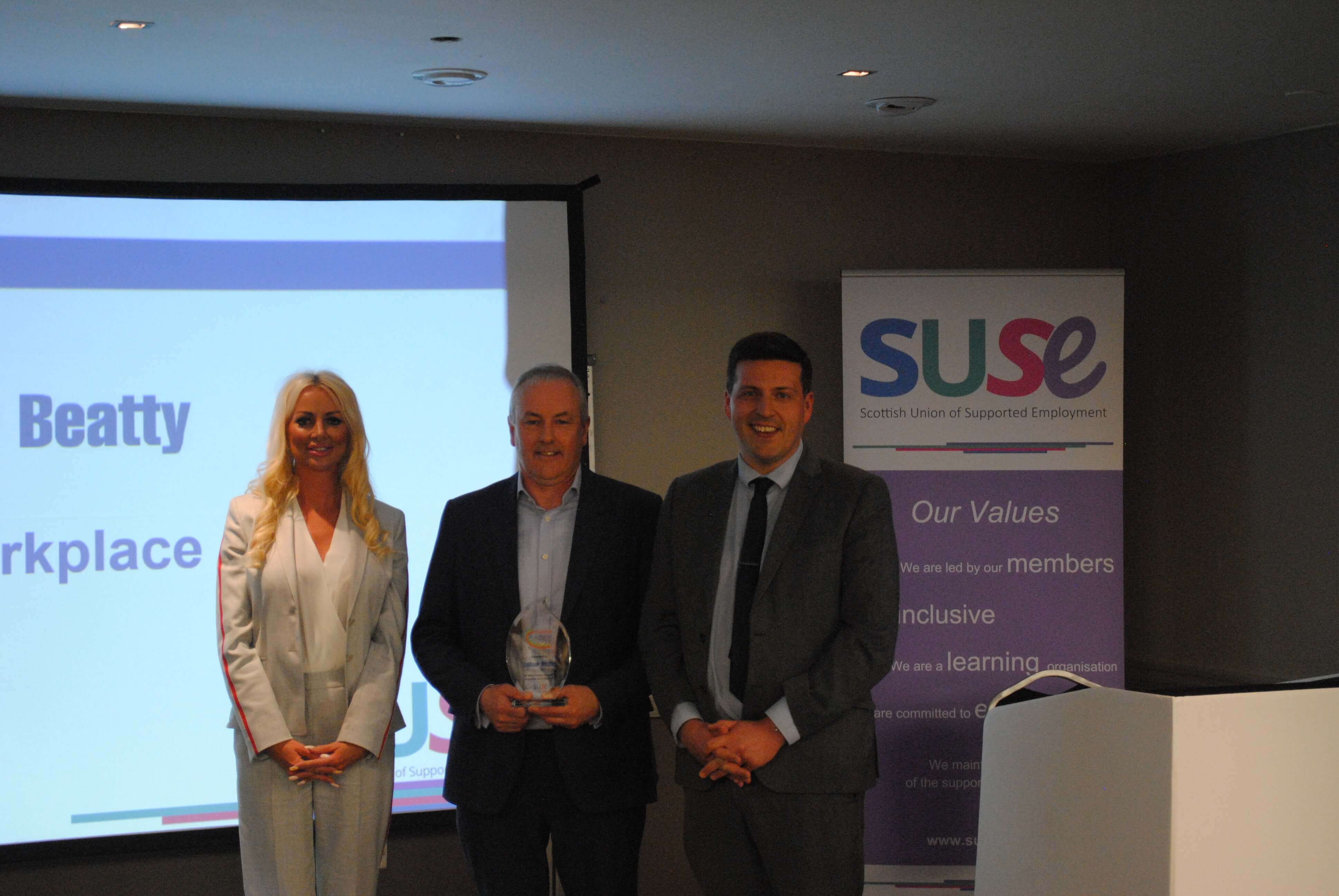