Directors' valuation of the Investments portfolio

The Group invested £46 million (2019: £64 million) in new and existing projects. The two new assets were both multifamily housing projects in the US: a 260-unit site at Chenal Point in Little Rock, Arkansas; and a 135-unit site named Moretti at Vulcan Park in Birmingham, Alabama. Material investment in existing projects included student accommodation projects at Sussex University in the UK and the University of Dallas, Texas.

Four projects that were all previously included at nil value in the Directors’ valuation have now been removed from the project count. Two of these projects have been at preferred bidder stage for several years without progressing further and are no longer expected to reach financial close. The other two projects are no longer expected to generate a return and have accordingly been removed.

Cash yield from distributions amounted to £72 million (2019: £65 million) as the portfolio continued to generate cash flow to the Group net of investment. The continuing yield during COVID-19 demonstrates the essential nature of the Infrastructure Investments portfolio. Unwind of discount at £83 million (2019: £87 million) is a function of moving the valuation date forward by one year with the result that future cash flows are discounted by twelve months less. Negative foreign exchange movements were consistent with prior year at £19 million (2019: £19 million) whilst operational performance movements resulted in a £20 million decrease (2019: £86 million decrease).

The methodology used for the Directors’ valuation is unchanged, producing a valuation that reflects market value and which therefore changes with movements in the market.

Cash flows for each project are forecast based on historical and present performance, future risks and macroeconomic forecasts and which also factor in secondary market assumptions. These cash flows are then discounted using different discount rates based on the risk and maturity of individual projects and reflecting secondary market transaction experience. As in previous periods, the Directors’ valuation may differ significantly from the accounting book value of investments shown in the financial statements, which are produced in accordance with International Financial Reporting Standards (IFRS) rather than using a discounted cash flow approach. A full reconciliation is provided in section i) of the Measuring Our Financial Performance section. 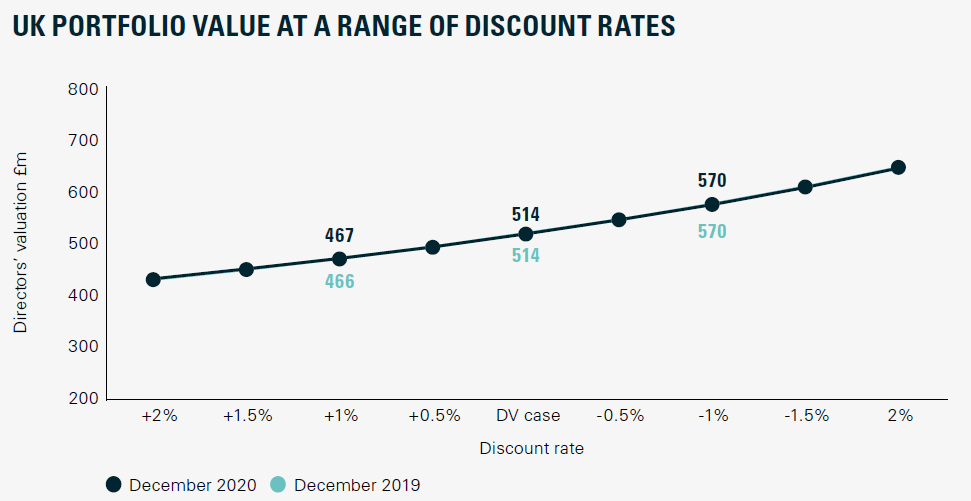 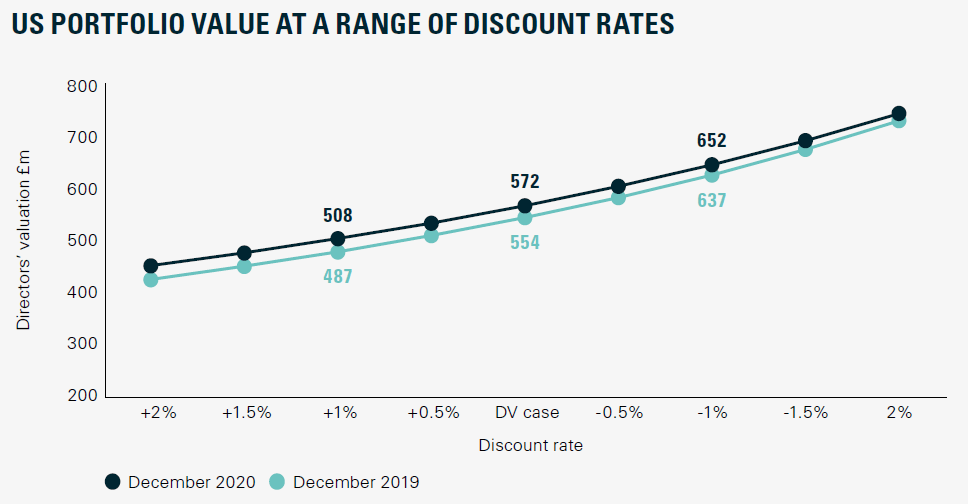 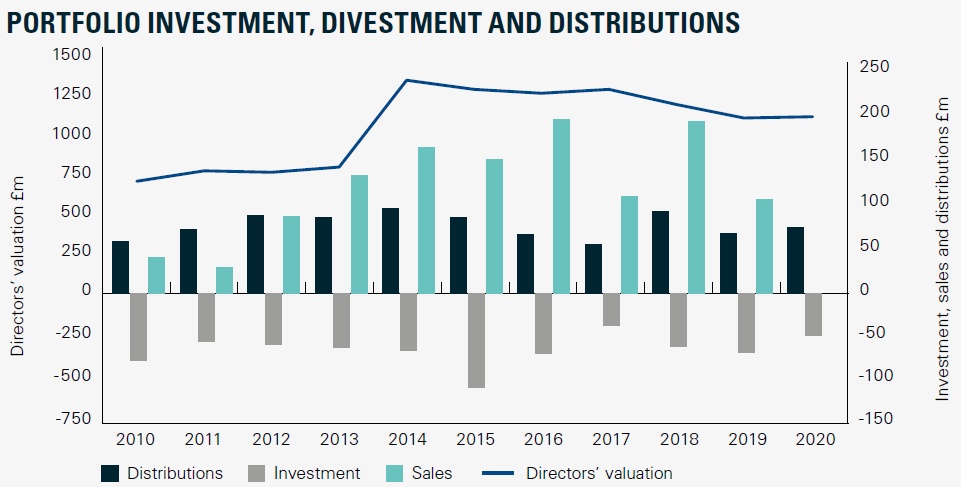